A scene chased in high relief based on a story from Ovid’s Metamorphoses, I, verses 668-721. Argos is reclining under a tree with a dog at his feet, to his right is Mercury, who has just taken his sword from its sheath to decapitate Argus’s head. In de background a representation of Io, in the guise of a cow. The scene is set in a landscape with trees and rocks.

Mercurius grabs his sword after that he put Argus, in the guise of a shepherd, asleep by playing his flute. Although Ovid mentions that Mercury takes off his winged helmet and shoes before he attacks Argus, in this scene he actually wears his helmet, a fact occurring more often in the stories about Io. By representing Mercury with an attribute such as his helmet, the story represented here can be easier recognised. 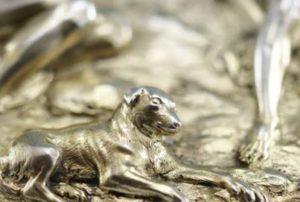 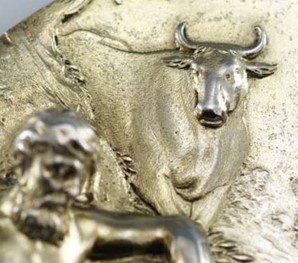 The hitherto unknown silversmith probably used a print as an example. The deep relief and movement of the figure of Mercury strongly appeals to our imagination and causes the powerful portrayal of the episode, prior to the beheading of Argus.

Our plaquette was probably manufactured between 1640 and 1670 and was first published by Endlich Antiquairs, in their spring catalogue of 2011. 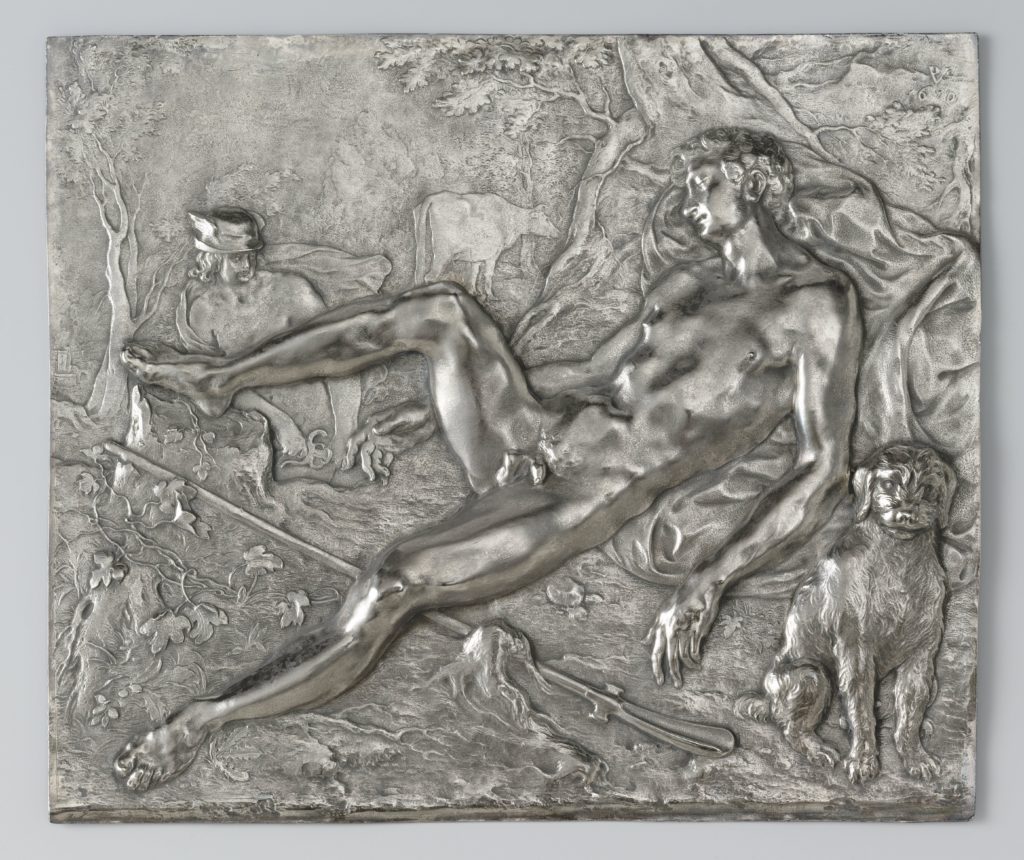 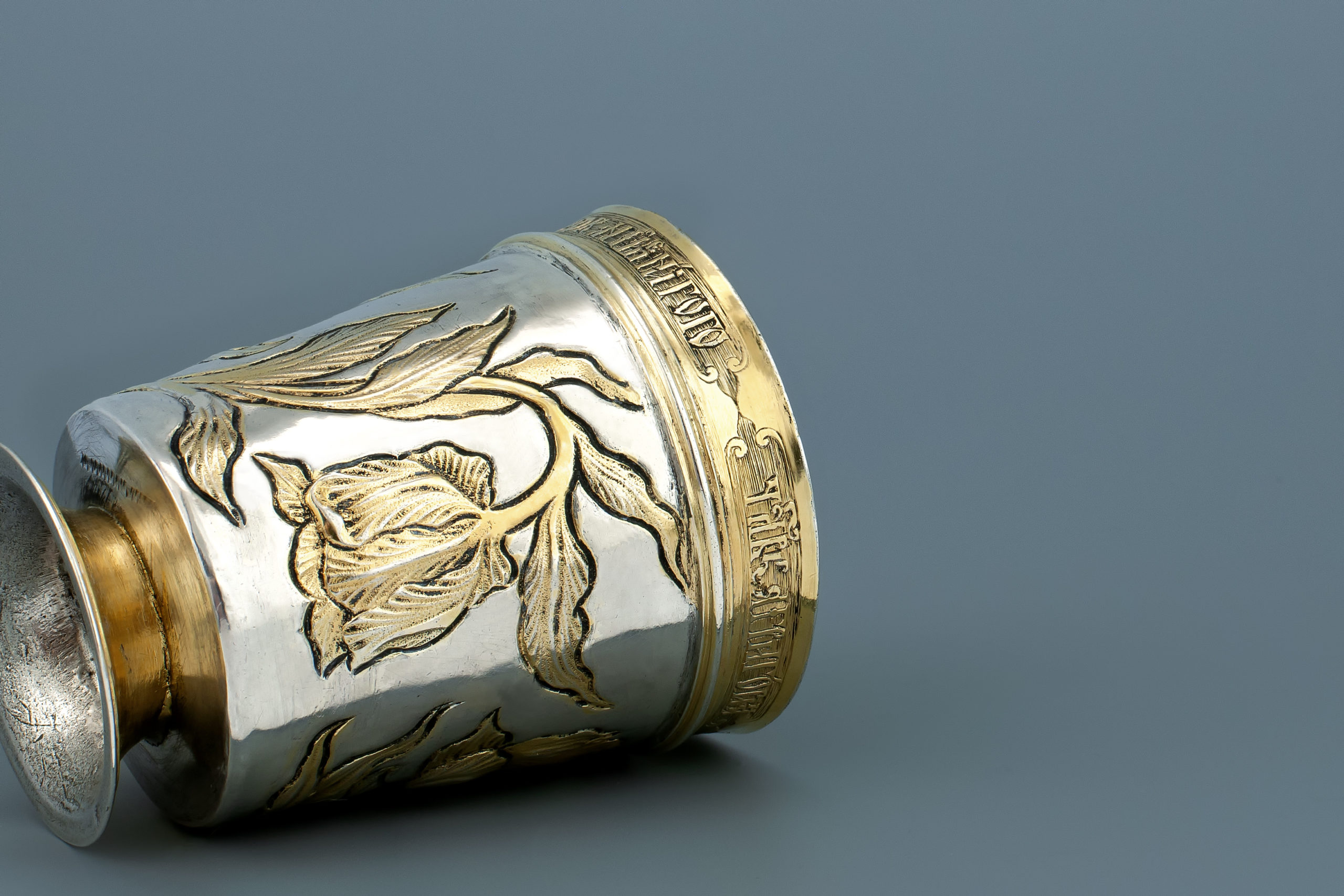 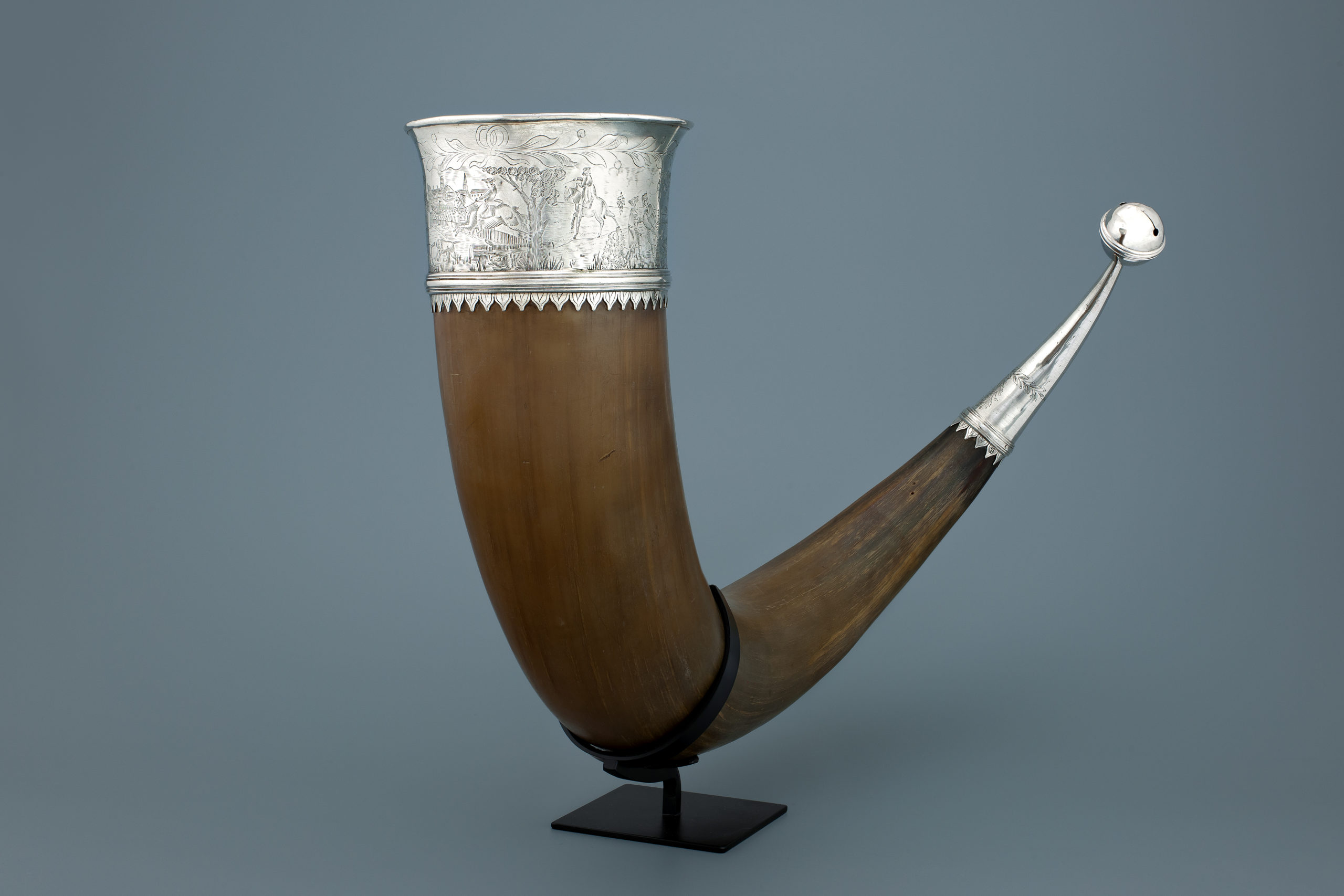