A silver trumpet-shaped beaker on a moulded footrim. The upper part is engraved with strapwork, pending fruit, scrolling foliage and three oval medallions containing symbols for faith, hope and love. Along the underside, a coat of arms is engraved, featuring an erect lion in a crest beside a chaise carrying four persons drawn by two horses, as well as a small house, trees and a cow being milked by a woman. 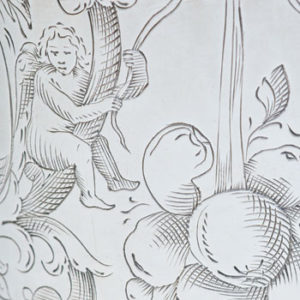 The engraved scene is of particularly high quality; aside from the peculiarity and rarity of such a scene, such thoroughness of execution is also highly unusual. Engraved in the inner bottom are a crossbow and the text: “Jan Willemsen Van Velsen Eygen Merck 1676 Aerejantie Aris van Warmenhooven”

Silversmiths did not marry before they had been admitted to the guild. The text engraved in the inner bottom of the beaker could be construed to mean that a silversmith named Van Velsen produced the beaker for his own marriage to Arejaentie van Warmenhooven in 1676. It could also be inferred from the text that Jan Willemsen Van Velsen employed the crossbow as his own mark. 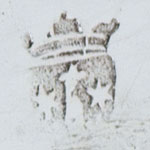 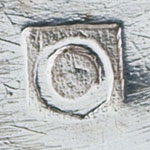