The movement by the brothers Charles and Pierre Landreau | The case made in Amsterdam, circa 1665

The pre-balance movement with chain/fusee, engraved and pierced movement pillars, verge escapement applied blued pierced click work, iron ring balance without balance spring, florally engraved and pierced balance cock and fire-gilt dial with applied eccentric silver hour ring with Roman numerals, applied silver chapter ring with Arabic numerals for moon age, central silver disc with opening for the moon phase, and applied silver date ring; three windows showing the stars at ’12’, the months and their lengths with the seasons at ‘4’and sunrise and sunset at ‘8’. Above these chapter rings is a trapezoid aperture in which the symbols of the Zodiac and names of the planets, indicating the days of the week are visible. On the lower right is a double aperture in which the months of the year including the number of days per month, as well as the signs of the Zodiac and the four seasons are indicated. To the lower left a segment-shaped aperture is created for the canonical hours, the rhythm of the day in the Christian church. Two black steel hands and dito finger display the time on the chapter ring. Below the dial are three silver discs with engraved information made visible through the apertures in the dial: in the upper part the days of the week, to the right the four seasons, to the left the twelve months of the year. A beautifully fire-gilt 17th-century cock with a pierced tripartite is mounted on the top plate with a triple-spoke balance wheel below, the cock has an oval foot and two dolphins on the neck. Right above the signature is a small regulator disc and a ratchet wheel with beautiful spring are mounted for the set-up spring tension. The pillars are modelled as stylised dolphins. A small decoration piece works as the fusee bed. 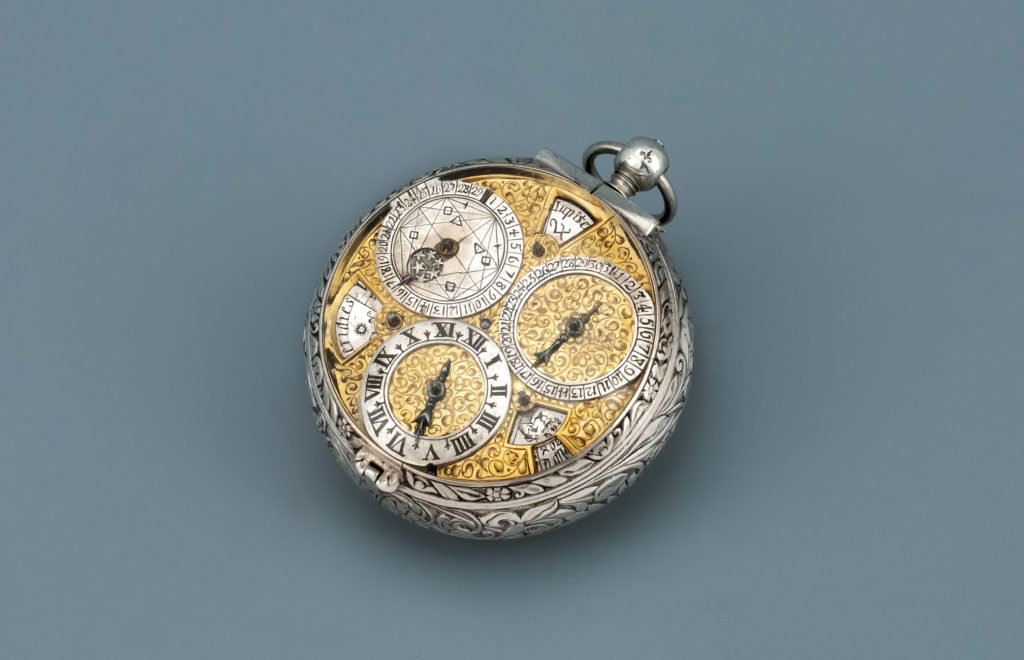 The cast and hammered silver case is decorated with lavish floral chasing and engraving, has a large lateral hinge, and a ball pendant with engraved fleur-de-lys. Because the case was cast we may assume more such cases with identical decorations were extant.
There is a watch by Jacques Hubert of Rouen in the Musée International d’Horlogerie in La Chaux d’Fonds with a strikingly similar case; it dates to approximately 1670 and one might think that all these cases were created by the same maker – they are all covered with the same mesh of flowers, stems and leaves of tulips, lilies and strawberries in the naturalistic style of Gilles Légaré. The finishing technique strongly suggests that the cases were, if not created by the same craftsman, at least produced in the same workshop. 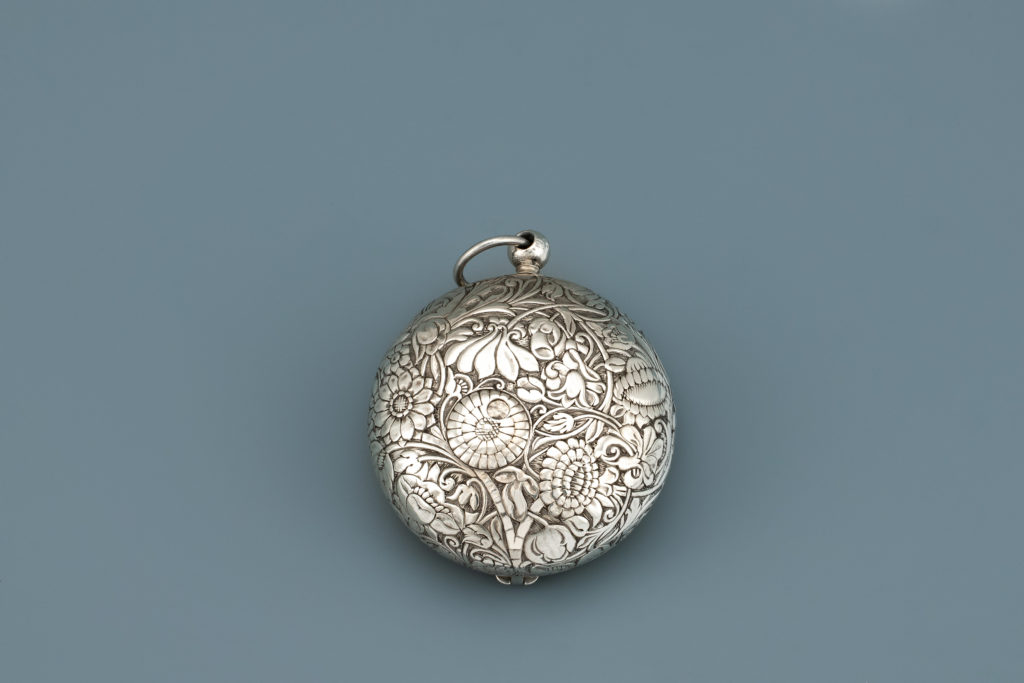 Another watch with a comparable case also belongs to this group: on page 34 of his Cavalcade of Time, Henry B. Fried shows as n° 17 a watch supposedly produced in the Netherlands in 1780, for the London-based company Gallant. There is no doubt that the case of that watch is 100 years older [so circa 1680] and that it was fashioned in the same workshop as the other three.
The museum also shows some watches where the back plates and the arrangement of the dial are identical to the two Landreau examples. These pieces also date back to the last third of the 17th century – which is much too early for the watchmaker Salomon Landré. Another clue that points to the brothers Landreau as makers of both watches is the catalogue n° 1 of the Galerie Genevoise d’Orlogerie Ancienne of August 8, 1974, which has as lot 167 an identical astronomical pocket watch with the description ‘Landreau, Amsterdam’ and the interesting date ‘around 1650’. This is particularly striking because at that time the Landreaus – Huguenot refugees – were, according to Mopurgo, already working in Amsterdam; equally important is the fact that none of these watches is fitted with a hairspring, which indicates that they were either created before Huygens invented the balance spring or shortly after, when the new invention had not yet become widespread.
It is not clear whether the Landreau brothers came to Amsterdam for religious or economic reasons: at the time the city was an eldorado for craftsmen, not ion the least for watch makers. That they mastered their skills in all its facets becomes clear when one looks closely at the pendant watch discussed here, whereby the dial attracts the most attention.

The movement by the brothers Charles and Pierre Landreau
The case made in Amsterdam, circa 1665 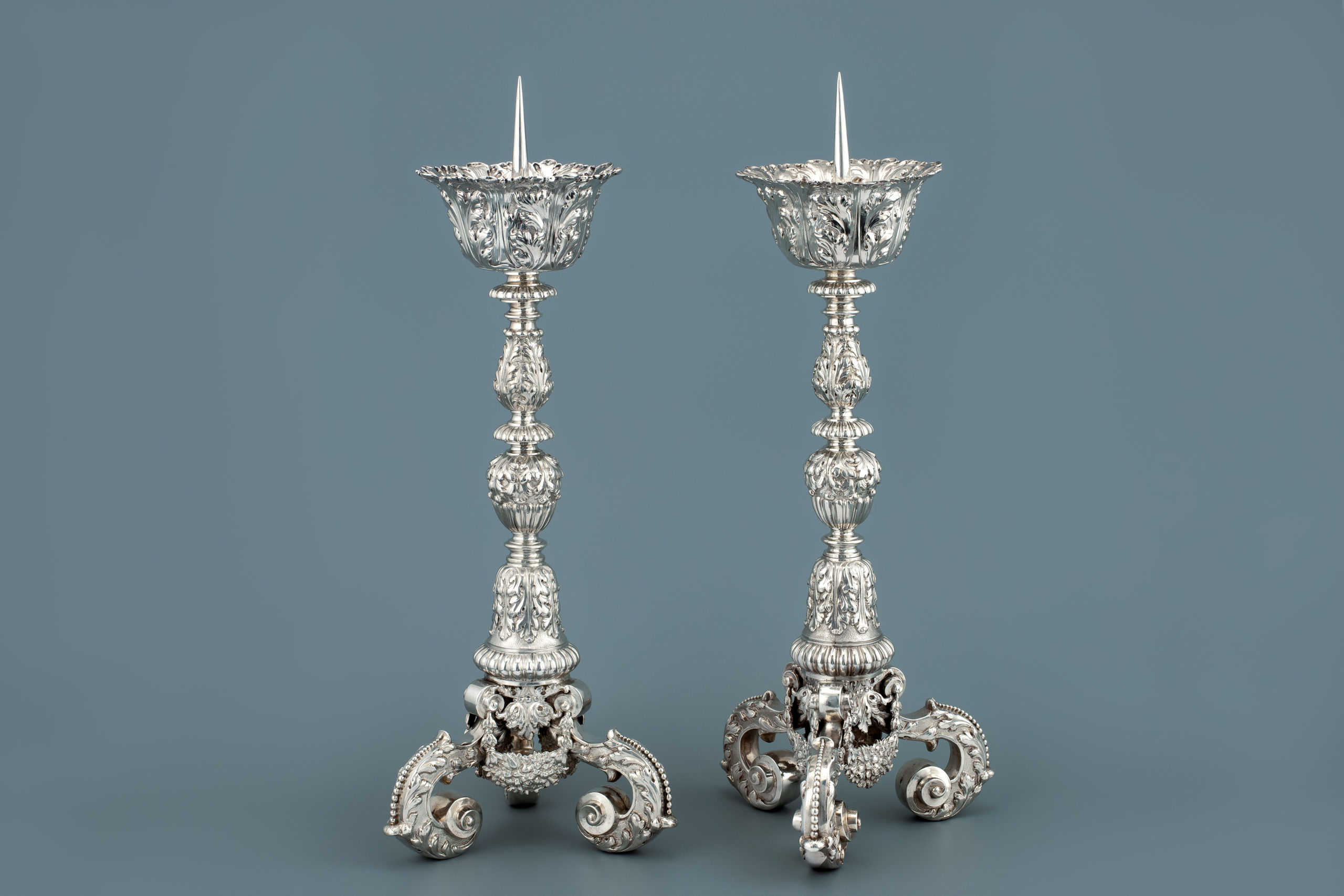